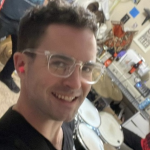 If you asked someone to name their favorite movies, if they were honest then chances are they would pause to think for a while. Every once in a while you run across someone who robotically can list off their top five from rote memory, but the thoughtful viewer will often exhibit a deep internal struggle between some of their top titles. Even if you were to peruse the IMDB top 250 movies of all time or Rotten Tomatoes top 100, you would recognize that there are certain recurring titles, but there is also a great deal of variance in opinion and taste, even (and especially) among seasoned film critics. Looking back through the years, these lists and the general consensus on films have shifted dramatically, as great new films are being released, and old and foreign classics are being discovered by new audiences. All this to say that compiling a list of the top 10 greatest movies is an audacious undertaking. That’s where I come in. I’ve seen most of the IMDB top 250 movies, devoting significant time over the past couple decades to watching and re-watching films I never would have thought to, and it has been a profoundly deep and (dare I say) spiritual journey that transformed me, riveted me, and often left my stoic New England face covered in pearlescent transformative tears. Tears which watered my heart like rain and caused a glorious garden of diverse lotus flowers to spring forth. But I digress. Here are the best movies which you should watch ASAP, if you haven’t already seen them. I’ll spare you my objective system of measuring greatness and leave that for another time. Suffice it to say that I rate these films highly, not for blood and guts, adventure, or romance, but because they play the full range of my emotional piano, and I bet they will affect you as well.